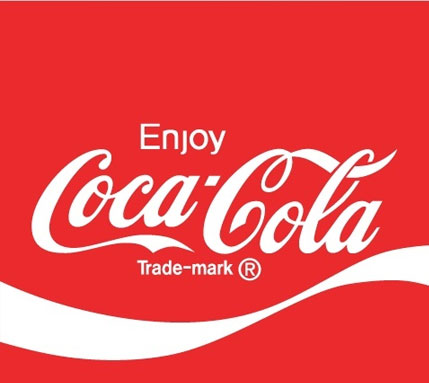 Commemorating Coca-Cola's 20 years of operations in India and in keeping with its plans of investing USD 5 bn in India, by 2020, Mr. Ahmet C. Bozer, Executive Vice-President and President of Coca-Cola International, The Coca-Cola Company (TCCC) today inaugurated the new state-of-art bottling facility in Greater Noida, Uttar Pradesh. This plant brings to total 57 manufacturing plants within the Coca-Cola system in India.

Owned and operated by Moon Beverages, this Plant has two lines - a can line to manufacture Sparkling beverages and a Still beverage line. The Still beverage line is an advanced combi-block line, the first such line for any Coca-Cola plant in India. This line can manufacture juice as well as Still beverages like value added water & sports drink. The Sparkling can line is the second such line for Coca-Cola operations in India. Moon Beverages has invested more than Rs. 140 crores to commission this plant.

Speaking at the event, Mr. Ahmet C. Bozer, Executive Vice-President and President of Coca-Cola International, TCCC said, "The inauguration of this new plant at Greater Noida is in keeping with our long term growth plans for India. This new plant reflects our belief in India as a strategic growth market with immense potential. The plant will help catalyze local growth and development." He further added, "Our investments in the India are on track as we build scale, manufacturing capacity, distribution capability and a robust product portfolio to realize our business goals in India."

Mr. Venkatesh Kini, Deputy Business Unit President, Coca-Cola India and South West Asia said, "I congratulate the entire Coca-Cola India system at the commencement of operations at this Moon Beverages plant at Greater Noida. This plant will serve the growing consumer demand for high quality, great tasting, and safe packaged beverages. Being a country with one of the lowest per capita consumption levels for packaged beverages, we see steady and robust growth in both sparkling and still beverage categories."

Mr. Sanjeev Aggarwal, Managing Director, Moon Beverages said, "It is an immense pleasure for the entire team at Moon Beverages to have Mr. Ahmet Bozer inaugurate our new facility. This investment reflects our strong alignment with The Coca-Cola Company in India and a re-affirmation of our commitment towards achieving the Company's Vision 2020 targets. Coca-Cola's business in India has been growing at a robust rate over the last six years, and our goal is to continue this momentum."

This new plant has already created a water recharge potential of 160,000 KL/ year, applied for GREEN certification, and extended Coca-Cola India's flagship program, Support My School to nearby schools. It has a fully functional effluent treatment system complying with the requirements of the Company and State Pollution Control Board. Various energy saving features have been included during the design and construction of the new facility including energy efficient LED lights, provision of natural light and ventilation. The plant is in the process of obtaining a Green building certificate.

Over the last 20 years, the Coca-Cola India system has partnered with government bodies, civil society and business organizations to play a positive role in the growth and development of communities. It has introduced path breaking innovations like the solar cooler, Minute Maid Pulpy Orange, Minute Maid Nimbu Fresh, Mobile University for training retailers and Coke Studio. It has led several sustainability programs like the recently introduced "Water for Future" program - a water recovery and reuse system - which saves upto 30% freshwater. The Company is working with Jain Irrigation and the farmer community in Andhra Pradesh, where it has introduced Project Unnati - an Ultra High Density Plantation technique - that maximizes mango yield and also saves water. The Company also runs its flagship community development program - Support My School for children, and women empowerment program - 5BY20.

The Coca-Cola Company has registered volume growth in India for the past 28consecutive quarters, 19 of which have seen double-digit growth. Over the last six years, we have delivered double-digit volume growth in India. Two of the Company's core sparkling brands - Sprite and Thums Up - are the country's top selling soft drink brands. Trademark Coca-Cola is one of our fastest growing sparkling brands and Maaza is India's largest selling juice drink. Kinley is the country's largest retail packaged drinking water brand.

Tree plantation was also done by the eminent personalities present on the occasion.