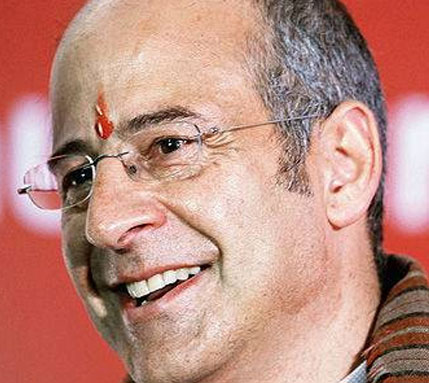 Beverage maker Coca-Cola will invest $5 billion (about Rs 32,500 crore at current rates) in India by 2020 as it had earlier planned, a top executive has said, adding that the US-based company is not too perturbed about the economic downturn in the country.

In India to inaugurate one of the company's biggest bottling plants set up by its leading franchise bottler Moon Beverages in Greater Noida just outside Delhi, Coca-Cola's executive vice president and president of Coca-Cola International Ahmet C Bozer said on Thursday, "Our investments are on track as we build scale, manufacturing and distribution capability... This plant will help catalyse local growth and development." Bozer said the company was confident that India would deal with the ongoing financial crisis. "We are confident India will come out of it. The world is currently undergoing an economic transition and problems faced by India are not unique to the country," Bozer added.

Moon Beverages has invested over Rs 140 crore ($23 million) on the plant, which has four lines for cans, aerated drinks, juices, water and sports drinks, and packaged water. The can line for sparkling beverages is the second of its kind for the company in India.

"Various energy saving features have been included in the plant," Sanjeev Aggarwal, managing director of Moon Beverages said, adding that the new plant had created a water recharge potential of 1.6 KL per year and was in the process of obtaining a green building certificate.

Coca-Cola India, which started operations in India two decades ago, sells branded Coke, Maaza, Thums Up and Kinley water, and operates 57 manufacturing plants in the country. India is currently the seventh largest market for the American firm.

Asked if the beverage maker was looking at alternative options for its proposed plant in Karnataka which is facing land acquisition hurdles, Atul Singh, deputy president of Coca-Cola's Pacific Group said, "We are always exploring and looking at other areas. India is a large country and we need to expand."